DVD revenues have, since their launch in early 2000s, dominated the home entertainment market. At their peak in 2006, DVD sales dwarfed box office receipts. The $16.5 billion in DVD sales towered over $9.6 billion in theatre revenues.

However, in the intervening decade, the rise of SVOD platforms has contributed to a decline in DVD sales. In 2016 revenues from streaming services ($6.2 billion) edged out DVD sales ($5.5 billion) for the first time ever.

Movie studios’ hand has been forced by piracy. The most pirated episode of Game of Thrones has been downloaded 13 million times. While subscription video on demand services are also afflicted by piracy, the bigger brunt has been faced by movie studios.

This is because streaming services offer an inexpensive alternative for most users who would otherwise be lost to piracy. This weakens the position for movie studios when it comes to licensing content to subscription video on demand platforms.

Growth in the home entertainment industry has primarily been in the SVOD space, dominated by Netflix, Amazon Prime and Hulu. Subscription video on demand platforms offer seemingly unlimited choice to consumers, with the express intent to lock-in viewers to their platform.

Amidst the rapid shift towards subscription video on demand services, movie studios are looking for a new source of revenue. And now they just might have found one.

Whispers of a Premium Video on Demand model have been heard around Hollywood ever since streaming video became a possibility. What has changed over the last year has been theatre chains’ willingness to consider this model.

This new revenue model entails release of film through video on demand before the film is made available on DVD, Blu-ray or Streaming services. The time of release is critical. This is because films are proposed to be released on Premium Video on Demand within a few days of theatre release.

This is the thinking: The first two weeks of a film’s theatre release is when a large percentage of revenue is generated at the box office. Beyond this period,  the initial novelty fades. The movie however is still in the mind of the general movie-going population. Premium Video on demand is intended to capture the segment of potential audience that would like to watch the movie at the comfort of their homes, and who otherwise might not go to the theatre to catch the film.

Needless to say, when considering the pricing and timing of the Premium Video on Demand release, maximum care needs to be taken so as to not cannibalize theatre revenues, and yet earn strong revenues. Movie studios are considering time windows of 10-45 days from the date of theatre release to release new films on premium video on demand.

In all likelihood, movie studios are likely to build their own platform to use for Premium Video on Demand. Costs of building and promoting a premium video on demand platform are low when compared to the losses from sharing revenue with an aggregator like Netflix. Movie studios can quite conveniently use VdoCipher’s secure video streaming to host videos on their premium video on demand platforms.

What is the Hollywood Release Window?

In Hollywood the release window is the period after the release of the film when the film is solely available on theatres. This period of 90-120 days before the film is released on DVD or subscription services is considered sacrosanct by the theatre chains. Theatre owners indeed have reason to consider this period sacred. They fear that attempts to shorten this window would cause theatre-goers to skip the cinema halls altogether and wait out a short period to catch the newest release.

On the other hand, studios are aware that different movies have different reception at the box office. Some films see extended runs in theatres for over 3 months whereas many end up disappearing within a month. The challenge is to apply a one-size-fits-all premium video on demand model in the film industry. This is because with films it is only about a week after release that a film’s fate becomes clear.

Risks in launching Premium Video on Demand for Studios

The studios are aware of the dangers of trying to fix something that is not broken. Risks in the premium video on demand model are evident – Premium VOD may cannibalize theatre revenues, confuse users, and may even lead to further decline in the culture of audience going to cinema to watch films.

Watching films in cinema halls is a different experience from watching at home. Besides the physical experience of watching the film in theatres, there is also the aspect of pop-culture relevance of films. Popular films gain an audience because people watch a film and recommend it to their peers. This peer pressure contributes to a large percentage of people going to theatres.

Netflix has already disrupted the film industry with its model of releasing films on the VOD platform on Day 1 itself. Starting a Premium VOD option may just about be the final nail in the coffin for movie theatres.

Just as studios are wary of pulling audience away from movie theatres, they are aware that overall changes in home entertainment means that viewers now experience films differently than before. Developing a premium video on demand platform would mean that movie studios are better equipped to fight off Netflix and Subscription VOD websites.

The debate currently is about the time window between theatre release and release on Premium Video on Demand. A related problem is that of price. It is over these two points that the major studios differ.

Warner Bros has proposed a $50 fee for a Premium Video on Demand release 17 days
Fox is considering $30, and making films accessible after a 30-45 day period of theatrical release
Fox and Warner Bros. have displayed flexibility in this, with Warner Bros. also interested in the pricing and timeline of Fox’s proposal.
Universal wants to see Premium video on demand release date in under 20 days. Their proposition is $40 after 10 days.
Disney is seeing a golden 2017 (Beauty and the Beast, and Pirates of the Carribean both generating handsome profits). Disney films are often seen as sure bets at the box office. Their films are eminently suited for the theatre experience, for which reason it is extremely unlikely to undermine its bottomline by agreeing to Premium Video on Demand. 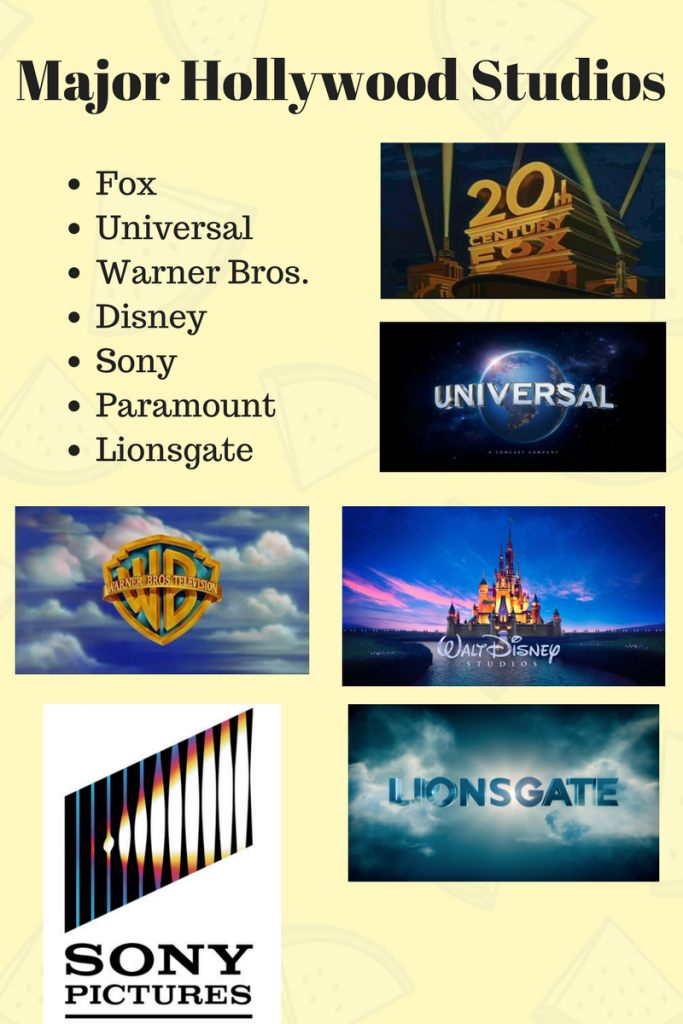 The studios cannot collaborate together to achieve a Premium VOD model because of anti-trust laws, and are likely to enter into agreements directly with theatre chains.

Advertising and Public memory: Upto and during the weeks of a film’s release released, there is extensive promotion and publicity for movies. If the film being released through video on demand shortly (between 10 to 30 days) of the theatre release, it is much more likely to be in public memory. On the other hand if this period is extended to beyond 45 days a separate promotional campaign would be required to release on premium video on demand, which may not be as effective either. The risk is that by Day 45 the movie would have receded sufficiently from public consciousness that responses will be tepid.

Pricing also becomes relevant in this regard. The lower the price the higher are people likely to want to watch films at home only and avoid theatres. To placate theatre owners, studios may price premium video on demand films for as much as $50.

Theatre Owners and Film-makers on Premium Video on Demand

Exhibitors are quite clearly against Premium Video on Demand, and they seek reassurance that there will be no further changes in the release window over the next 5 to 10 years.

Film-makers are divided when it comes to Premium VOD. Many such as Steven Spielberg and Peter Jackson back the concept of Premium Video on demand (supporting Screening Room). On the other hand many filmmakers such as auteur Christopher Nolan stress the significance of theatre for film, and would not want to be involved in anything to jeopardize that.

Netflix has of course circumvented the entire theatre release model. This has found the video on demand platform facing some resistance – Cannes Film Festival now requires that to be able to compete for the Palme d’or movies need to have theatrical releases. 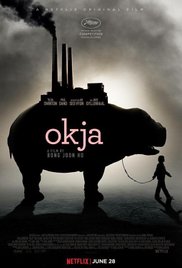 Amazon Studios on the other hand reaffirmed their committment to theatrical release of films that they produce. The studio produced Oscar winner Manchester by the Sea, which enjoyed an extended theatre run.

Other Players in Premium Video on Demand – Prisma and Screening Room

Prima is a high-security home entertainment system that enables users to watch films at their homes at the same time as theatre releases. It is prohibitively expensive, and the anti-piracy restrictions means that folks are unlikely to want to capture films using this technique. Prima costs $35,000 for installation and $500 for each time you want to watch a film. The service offers movies from Film Studios Univeral, Lionsgate and Paramount, and is in talks with Warner Bros., Disney and Sony.

Prima Security features include background check, restrictions on size of home theatre hall and minimum size of theatre screen, besides fingerprint authentication at each time of video playback. This is one that the likes of Brad Pitt and Woody Allen are likely to have at their homes.

Screening Room faces considerable opposition from studios and exhibitors.The company claims that it can generate $8.5 billion revenue annually for the film industry. Movie studios however disagree, and believe the potential returns are not very sufficient.

Under its proposal, of the $50 rental fee, 20% would go to the movie’s distributor, participating theatre chains would get upto $20 from the fee. Screening Room has not gained much traction, largely because of its outsider status in Hollywood and because of its aggressive same-day release model.

It is likely that Premium Video on Demand will take in the near future. VdoCipher’s full-stack DRM is eminently suited for releasing films online simultaneously with theatre release. Online businesses also often require features over and beyond video security. VdoCipher fulfills all major requirements for enterprise video hosting. The complete set of features that VdoCipher offers for enterprise video hosting may be found here.

Find more details about VdoCipher’s DRM infrastructure and our integration of Widevine DRM for Hollywood-grade security, which helps us protect your premium content.