Illegal copying and distribution of film, music, and software are increasing. Although the Internet has played a part in this, the main reason is that the technology to make copies is now widely available. Many people claim that the film and music industry has not been very successful in making their products available to people, so it is the industry’s fault that people steal the products. Why do people steal? People steal because they can. It is very easy. Popular internet-based video platforms such as YouTube serve as the main online video sources. There is no doubt that many videos on YouTube have been uploaded illegally, and users do not have a legal right to download them. However, online video piracy is also a huge problem in video-sharing platforms with legal services. 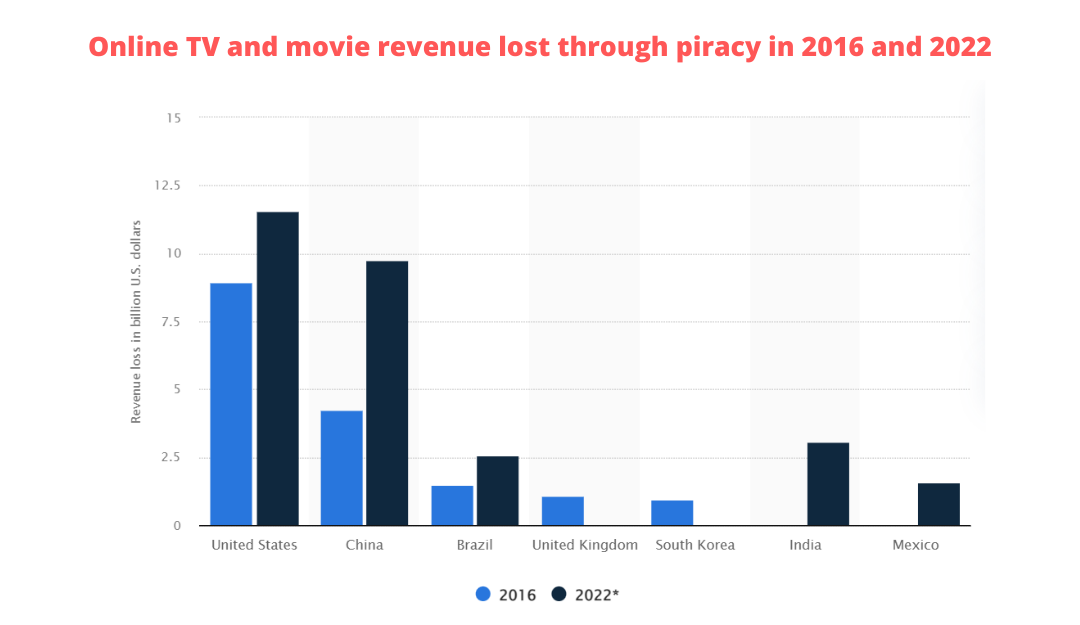 Video Piracy and its impact

Video piracy has several impacts, both on the people who produce the videos and those who consume them. Many people pirate content because it is free, but there are also risks associated with piracy, including malware infections and identity theft. Copyright holders are increasingly using technology to track and identify pirates, and they may take legal action against those who infringe on their copyrights.

Digital piracy and security are two of the most important issues in the world today. Piracy is the unauthorized copying or use of copyrighted material, such as music, movies, or software, often on the Internet. Security is the state of being protected from danger or harm. Digital piracy is a huge problem and hurts the people who create copyrighted material. For example, when people download music illegally, they are not paying the musicians or songwriters who created it. This can make it difficult for musicians and songwriters to make a living.

Digital piracy can also be dangerous. For example, when people download movies illegally, they may be downloading malware or viruses that can harm their computers. Additionally, downloading copyrighted material without paying for it is illegal.

The recent upsurge in Over-The-Top (OTT) content piracy has been nothing short of alarming. In just the last few months, we’ve seen a string of cases involving the illegal downloading and streaming of popular shows and movies. The problem has become so prevalent that it’s no longer just a niche issue; it’s now a mainstream concern impacting both content creators and consumers.

There are a variety of factors that have contributed to the problem. Still, the two primary ones are the proliferation of cheap, easy-to-use streaming devices and the fact that many popular OTT services do not have robust anti-piracy measures in place. As a result, pirates have taken advantage of the situation and have been increasingly offering stolen content for free or for a fraction of the price of a legitimate subscription.

This has had a significant impact on the business model of OTT providers, who are now losing out on potential revenue from subscribers who cancel their subscriptions in favor of pirated content. It’s also having a negative impact on the quality of the content itself, as pirates are often more concerned with quantity over quality.

To best manage piracy, it is important to understand how much piracy truly costs the economy. Many economists believe that the actual effect of piracy on the economy and the job market has been vastly exaggerated.

Solutions to Piracy of Videos

These methods can effectively prevent piracy of videos, but they can also be costly and time-consuming to implement. Video owners should weigh the costs and benefits of each method before deciding on the best approach for their needs.

If you are thinking about downloading or streaming copyrighted content without permission, you should be aware of the risks and consequences of piracy. There are a few solutions to prevent video piracy, but the most effective anti-piracy video solution is to use a DRM encrypted video streaming technology.

VdoCipher DRM solution will encrypt the video content so that it cannot be copied or streamed without authorization. No Internet plugin or downloader can capture the video content. This ensures no illegal video downloads and the highest anti-piracy video solution to secure premium digital content and boost revenue from videos.

VdoCipher uses the same underlying encryption protocols that Netflix and Hotstar use to secure their content. We are a direct Google partner for the major encryption technology called Widevine DRM. Our pricing model is based on storage and bandwidth usage, which is an advantage for businesses to pay as they grow.

Illegal Download Prevention via DRM Encryption – DRM encryption ensures a highly secure key exchange mechanism and encoding of the content to make it unreadable without the correct key. A hack can not decrypt the content. We are a direct license partner for Google Widevine DRM and provide Apple Fairplay DRM integration. DRM providers like VdoCipher ensure your videos are stored and streamed in an encrypted format with the highest key exchange security. Multiple DRMs are used for device compatibility. We also provide APIs for DRM encryption.

Secure offline downloads in Android – You can enable users to download videos inside your app for offline viewing. Videos are not accessible outside the app and are protected from screen capture on Android and iOS.

What is anti-piracy technology?

How can I protect myself from video piracy?

How is video piracy related to software piracy?

The video and software industries are very similar. They both rely on copyright to protect the intellectual property of the content they produce, and they both face similar challenges. Video piracy is often a gateway to software piracy.

What are some of the most common forms of video piracy?

The most common forms of video piracy include unauthorized downloads, streaming, and copying.

What are the consequences of video piracy?

Video piracy can have a number of consequences for copyright holders, including lost revenue, decreased profits, and damage to the brand. It can also lead to criminal penalties for those caught engaging in piracy.