Go to Xcode 13 or above > File > Add Packages and search the following URL:

Select 'Up to Next Major Version' in Dependency Rule and set value as '2.1.3'. We will be following semantic versioning for the version numbers.

Add the pod to your Podfile:

After installing the cocoapod into your project import VdoFramework with 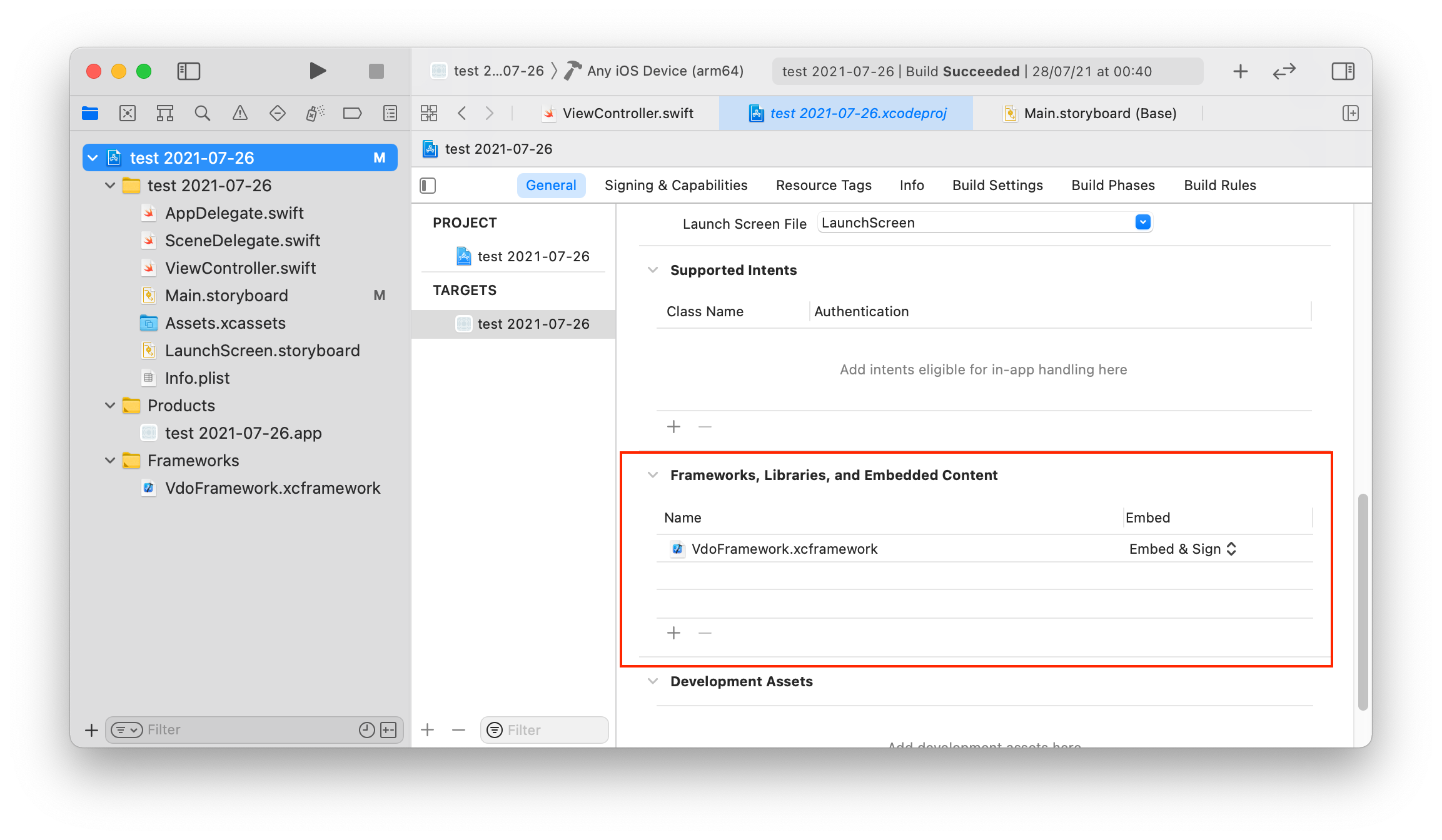 There are folders named Vdocipher.framework inside but you shouldn't use those directly. Make sure to drag the entire xcframework folder. Do not place the framework folder directly in the file-explorer. This will not work for xcframework.

An XCFramework is a distributable binary package created by Xcode that contains variants of a framework or library so that it can be used on multiple platforms (iOS, macOS, tvOS, and watchOS), including Simulator builds.

XCFramework allows to make a single distribution which can work on different swift versions.

Setting up in code​

For SwiftUI, you can skip to SwiftUI Integration

You need a delegate to listen for player setup events. The methods will be called when switching assets or when the video player is ready to play. This is the only way to get the reference to the AVPlayer. Use this object to do much more with AVPlayer API.

Use the playerReadyToPlay to update your UI or start playing the video.

playerCurrentItemDidChange will be useful when you are creating a playlist, and the next video gets loaded after a call to playOnline() or playOffline() methods.

streamLoadError will be useful to identify an error when a playback is initiated.

Connect it with your class

2. Get otp, playbackInfo & video-id from your backend​

Playing vdocipher hosted videos requires these three parameters to authenticate every playback session. Ask the backend to provide the following scheme at the least. The backend application will use this API to get this information.

Must not be done within app

You must not implement the OTP generating API call from within the application. Making any API call requires the API secret key. Putting this on the app means that anyone can see your keys. Consider your secret API keys like they are passwords.

Create an asset using the video-id

The video player should be working fine now. For the next steps, you can implement custom controls if native controls does not meet your needs.

For downloading offline, you can read the docs about offline setup.