What is HLS Streaming?

HLS Streaming ( HTTP Live Streaming) is a video streaming protocol used for video content across desktop and mobile devices. HLS is developed by Apple, which forms the biggest use case for the streaming protocol. Beyond Apple, there is wide support for HLS streaming across Android devices and browsers. Indeed, HLS can be used as a streaming protocol for all major browsers, including Chrome and Firefox.

In HLS Encryption the video files are encrypted using a secure AES-128 algorithm. The AES 128 encryption is the only publicly available security algorithm that is used by the NSA for encrypting its top-secret classified information. 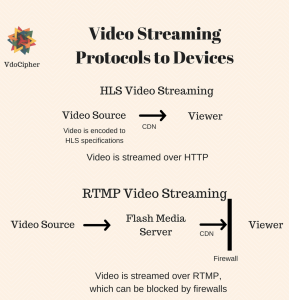 How & Why Apple Developed HLS Streaming ?

Until about 2010, Flash was the most popular video streaming application. It was supported by all desktop browsers. Because Flash utilized the same runtime across all browsers, it meant that video streamers did not have to create separate workflows for different devices. DRM and encryption were also supported by Flash.

Flash was however plagued by security issues. Video playback on Flash was processor-intensive, which caused phone overheating & mobile batteries to drain very fast. For these reasons Apple did not support Flash in the iPhone and in iPad, instead including support for native HTML5 video playback.

Apple created its own specifications for video streaming, which could be used for both live streaming and for pre-recorded video streaming. Android OS followed suit by blocking flash playback from browsers on Android. From the introduction of the smartphone to the emergence of MPEG-DASH around 2015, Apple’s HLS streaming has been the most widely used protocol.

Because of Apple’s continued support for the protocol, encoding for HLS player is an integral element of any video streaming provider’s workflow.

How does HLS streaming work?

In plain vanilla HTML5 video streaming, only a single video file is available for streaming. The download of the complete video file is initiated every time the stream is played. Even if a viewer watches only 2 minutes of a 30-minute video, the full video would be downloaded, causing data wastage at both the server and the user end.

Streaming protocols remove this inefficiency in video streaming. Streaming protocols such as HLS effectively break down a video file into multiple chunks when streaming, and these video files are downloaded over HTTP in succession. HLS streaming uses the same workflow for both live and for on-demand content. The core idea in multi-bitrate streaming is that multiple renditions of each video, of varying resolution, are encoded. High-resolution videos are delivered to large screen devices having high network bandwidth, whereas lower resolution videos are encoded for mobile phones. Encoding for low resolutions also ensures continuous video streaming when the network connection speed drops. 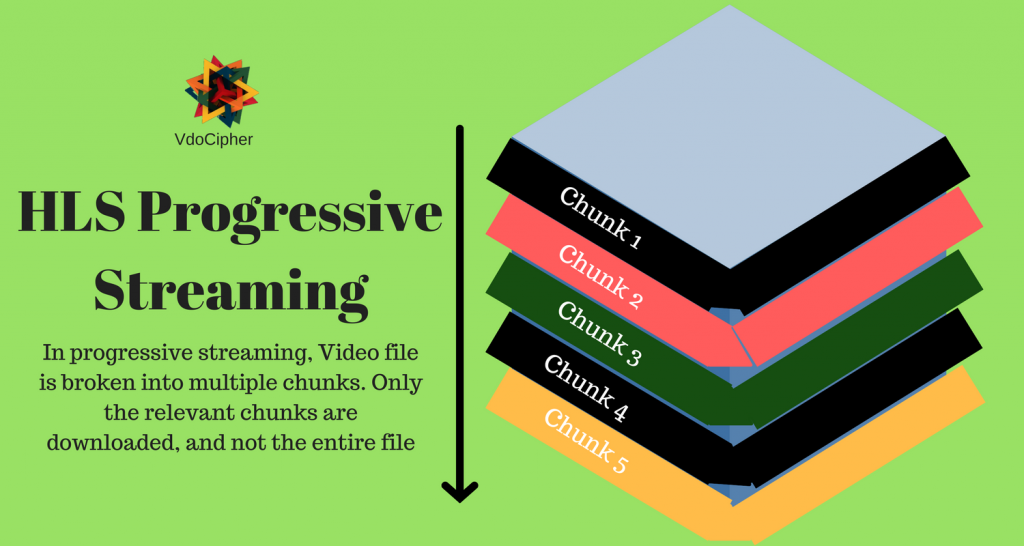 When the user decides to change video resolution, or when the network bandwidth changes, video streams can be manually (or automatically) switched. HLS video streams are encoded using the H.264 standard, which can be played across all devices. Each of the video copies is broken into multiple chunks having the .ts (transport stream) extension. 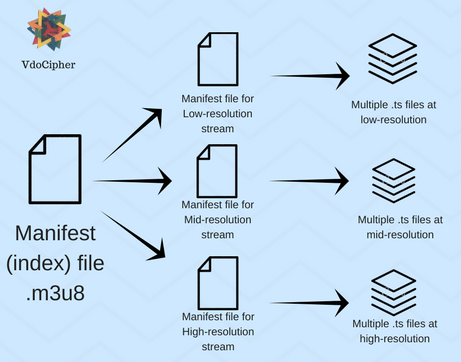 HLS AES-128 encryption refers to video streams using HLS streaming protocol wherein the video files are encrypted using the AES-128 algorithms. The key exchange happens through the secure HTTPS protocol. If done in a rudimentary way the key for decryption can be seen from the network console by accessing the manifest file. A poor implementation of HLS encryption would result in plugins automatically finding the key and decrypting the HLS encrypted stream, rendering video security ineffective. 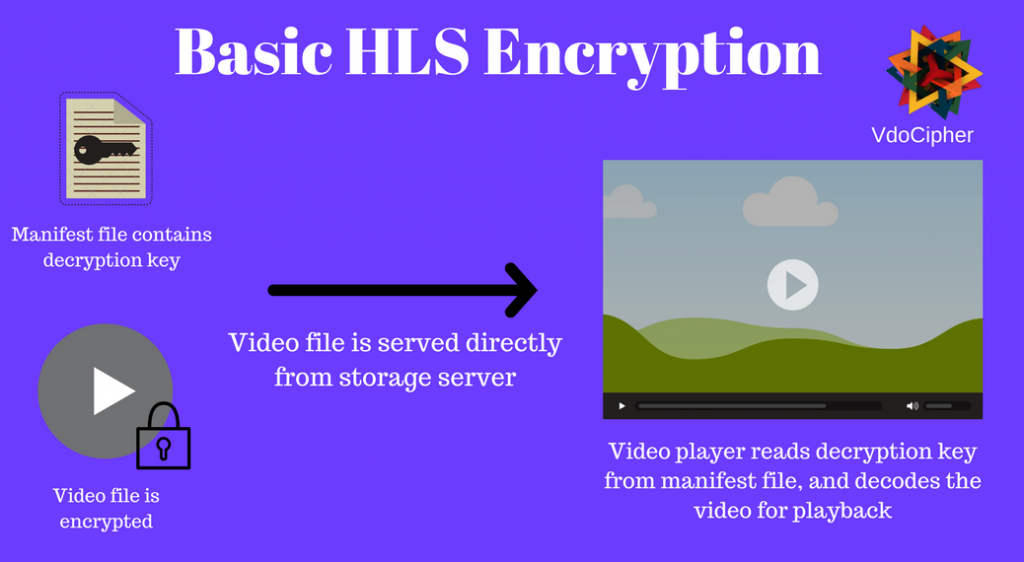 There are however methods to strengthen the HLS Encrypted stream. The challenge is to make sure that the key is not exposed directly. These are the options for additional security in HLS Encryption:

Implementations for this vary widely, and are quite difficult by themselves. This method for protecting HLS content may also cause compatibility issues on devices. If done properly however it is definitely a major improvement in video security.

In this method, the browser of authorized users stores authentication cookies. These cookies are stored with a digital signature, to ensure that they are not tampered with. This ensures that only the authorised user (and not some external plugin) is seeking to fetch content. The following workflow is used for configuring authentication cookies for HLS encryption:

For further information on authentication cookies for content protection, you can have a look at Amazon Cloudfront’s documentation.

The following workflow is used for configuring signed URLs for HLS encryption:

For further information on signed URLs for content protection, you can have a look at Amazon Cloudfront’s documentation.

All these 3 steps make the video stream considerably immune to direct download through plugins. However, these methods are still breakable by already available codes and tech hacks.

How is DRM level security for HLS Encryption possible?

DRM requires that the key exchange and licensing mechanism is highly secure and is always out of reach of external tools and hackers. A DRM technology also has additional elements. It delivers a license file, which also specifies the usage rights of the viewer. Usage rights specify the conditions in which the video playback is allowed.
Implementation of these usage rights ensures that the signed key used for decryption can only be used for playback on the viewer’s device. The key would simply fail to decrypt the video stream if the video file is copied to any other device.

Implementing DRM along with HLS streaming entails considerable modification of the HLS Encryption infrastructure.  At VdoCipher, we have been able to do that and provide a full-fledged proprietary + HLS DRM. We cannot technically say that we are streaming an HLS encrypted stream as it is highly modified. We use a combination of other technologies based on different platforms and are able to roll out a cross-device, cross-browser compatible DRM.

You can find out more about DRM Solution here.

You can signup for a free full version trial at VdoCipher.

Also, do read our blog on react native video playback.